← back to
Heilo Records
Get fresh music recommendations delivered to your inbox every Friday.
We've updated our Terms of Use. You can review the changes here. 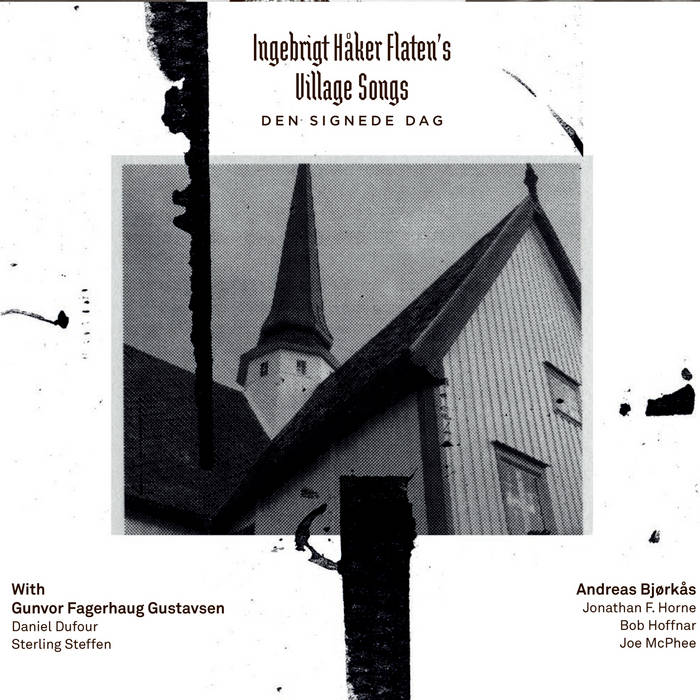 What is the likelihood that hymns from the time of Pietism would resonate with progressive free musicians in Austin, Texas? Particularly when they are sung in a language that feels distant, even to Norwegians. On this album the miraculous happens, in that old texts communicate across centuries and language borders. The conversation makes room for new depths in text and tone. I don’t know how this is possible.

Ingebrigt grew up in a milieu clearly influenced by Pietist Christianity. The album Elise, which was released in 2008, was a musical acknowledgement to this heritage, and to his grandmother, Elise, who was a tradition bearer. On Den signede dag (“The Blessed Day”), he takes an even bolder step in that the texts are brought completely to the foreground. They sound the way Gunvor Fagerhaug learned them from her teachers. The texts have lived among the people since they were written by Kingo, Brorson, and other hymnodists from the Lutheran Orthodoxy and the time of Pietism. The texts were set to folk melodies, and different versions could be found from district to district. And then centuries have passed...

Pietism strongly promotes a life in faith and humble service. In Pietism, the letter of the teachings is less important than a personal and sincere faith in practical life. There is a powerful longing for heaven. The feeling of falling short as a human being, living in difficult circumstances with sickness, exhausting work, and poverty, resonated with the words of the hymns. Despite the distance and many differences between the two traditions, this sense of life can be likened to the situations of those who wrote spirituals and blues on the other side of the great ocean.

Pietism, like many other pietistic movements, has a tendency to isolate itself from “the others”, whose ways of life and beliefs are different. Their personal sincerity and criticism of all forms of vanity have given Pietists an unfair reputation as being judgemental and moralistic. Ingebrigt elevates the texts to the level of a surprising and challenging encounter for those of us who do not have Pietism’s hymn texts under our skin. It is an encounter that inspires wonder, but also has a strange relevance for today’s deep and fundamental questions: anxiety about the actions of world leaders, about what the natural disasters caused by the environmental crisis might lead to, about how we will manage to take in all of those who must flee from inhuman circumstances... “Lord, protect the child from all danger...”

Life in an impossible and frightening world gives meaning to the hope for heaven. It may appear to be an escape and a withdrawal, but it also brings hope and strength to a patient life spent fighting injustice and evil – or “sin”, as the hymns refer to it. Heaven is a vision of the opposite of a hopeless world. Having faith in “The Blessed Day” creates the strength to believe in goodness and love in the midst of everything which pulls in the opposite direction. Grandmother Elise and Gunvor’s foremothers didn’t give up. They were strong, good people who never stopped doing the best they could for their family and neighbourhood. The hymns gave comfort and courage to them and to those who sang with them.

A dialogue plays out between Gunvor Fagerhaug’s singing and Andreas Bjørkås’s fiddle playing on the one side – and Ingebrigt Håker Flaten’s bass and the impressive lineup of Austin-based musicians from both hip-hop, free jazz, and electronica on the other. The result reflects Ingebrigt’s vision of the music as groundbreaking and life-giving across traditional borders. In this way, Den signede dag is in itself a statement about coming together and creating meaning by listening to one another in a dialogue which, at first, may seem impossible.

All songs are based on folk melodies from Oppdal, Norway, interpreted by Gunvor Fagerhaug Gustavsen, and arranged by Ingebrigt Håker Flaten (TONO).

Thanks to Tore Fagerhaug, Erik Viken and Gunvor Fagerhaug Gustavsen for all the work in collecting, transcribing and interpreting this incredible cultural heritage. Thanks to Gunvor, Andreas, Daniel, Jonathan, Sterling, Bob and Joe for your patience and musicianship, and to Andreas Risanger Meland for believing in this music. Thanks to all my family for your endless love and support. A special thanks to my brother Ivar Flaten for your continuous support, wise and loving guidance, deep knowledge, and for getting this project initiated.