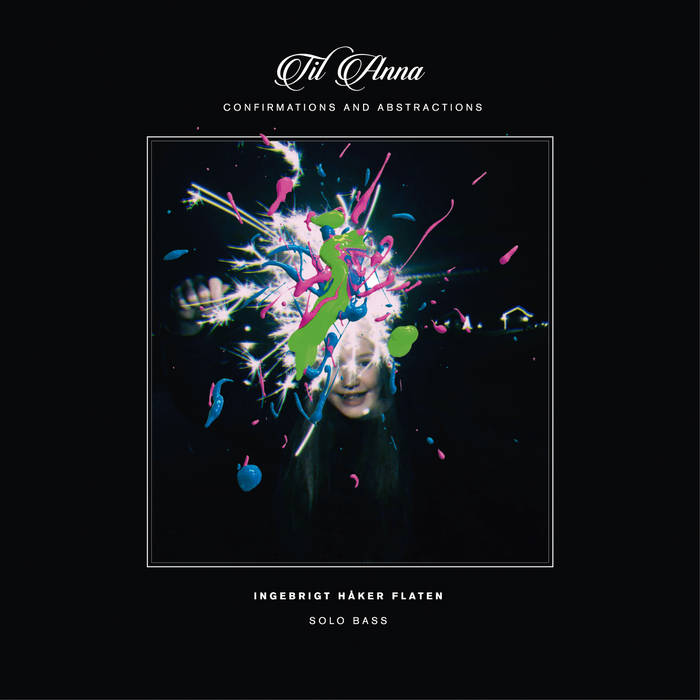 It might not sound like a big deal that Ingebrigt Håker Flaten’s niece recently turned 15 years old, but in Norwegian culture, it’s a thing.

Fifteen marks the symbolic changeover from childhood to adulthood via the confirmation ceremony. Some families even celebrate a youth’s coming of age in a non-religious context. Others spend a year preparing for the moment.

The busy recording and touring schedule of Flaten, the bass playing member of The Thing and mastermind of the Sonic Transmissions music festival in Austin, Texas, didn’t jibe with the once-in-a-lifetime event. Instead, the Oppdal, Norway-born artist recorded Til Anna in April 2019 and gifted the album a month ahead of his niece’s – and godchild’s – confirmation in Trondheim. (Anna Flaten-Hoff is the oldest of Ingebrigt’s twin brother’s two kids.)

The solo album, which is a bit of a rarity in Flaten’s decorated recording history, takes a wholesale improvisational approach while keeping Charlie Parker’s classic number “Confirmation” and a religious folk song from his home village Oppdal, contained on Ingebrigt’s album Village Songs "Den Signede Dag,” as subconscious points of attack.

There’s nothing overtly religious in Til Anna, but there’s definitely something in the music that speaks to a different consciousness. In other words, in this year of relentless uncertainty, Til Anna is a protector.

Recorded live at The Treehouse in Austin, Texas during a Sonic Transmission fundraiser, Flaten molds a moody throughline – from peak highs to new glooms – via pizzicato ping pongs in the first track, “Confirmations.” The album’s closer, “Abstractions,” coaxes introspective thanks to Ingebrigt’s neo classical arco before settling in with a Jimmy Garrison-type meditation.

The album, originally released in May 2019 in digital-only format, will receive the vinyl treatment on October 6, 2020.

Recorded live during a Sonic Transmissions fundraiser at The Treehouse in Austin, Texas on April 7, 2019 by Scoop Sweeney.

Thanks to Jon Lebkowsky, Scoop Sweeney, Maggie Duval and Plutopia News Network for the generous support in hosting this fundraiser and recording the concert.

This album is for my dear niece and godchild Anna Flaten-Hoff as my gift to her confirmation ceremony on May 11, 2019. Hurra for deg!!!!!