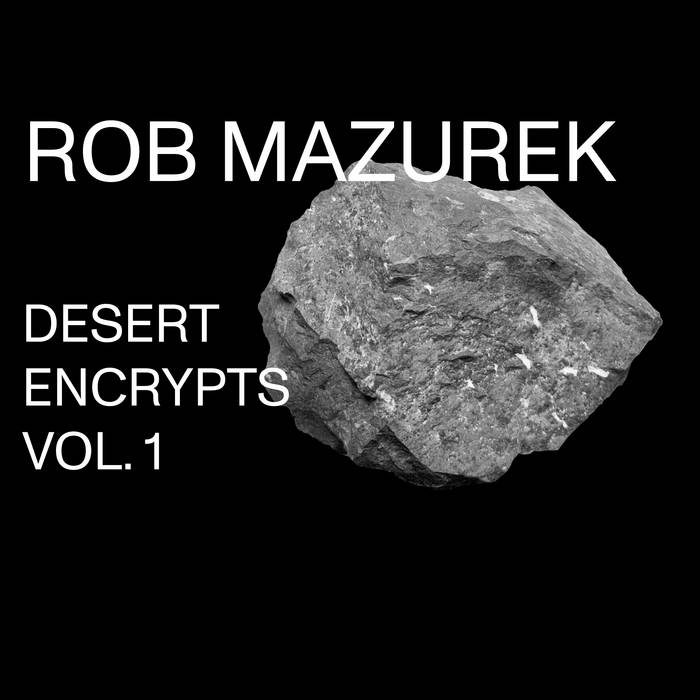 Desert Encrypts Volume 1, is a two-part suite based on observations from the desert in and around Marfa, TX. It also explores Mazurek's ongoing fascination with social, psychological, and physiological structures, both terrestrial and extra-terrestrial. The composition includes written music and graphic scores for improvisation. For Desert Encrypts Vol. 1 Mazurek has put together an awe-inspiring new ensemble featuring Kris Davis on piano, Ingebrigt Håker Flaten on bass & Chad Taylor on drums. Recorded live at the Crowley Theater in Marfa, TX during Mazurek's inaugural Desert Encrypts Festival in August 2018, Desert Encrypts Vol. 1 captures the quartet burning through Mazurek's newest compositions like they've been playing together for years (to be fair some of them have been playing together for years).

Mazurek has always been associated with the Chicago scene he spent so many years in (as well as his time in Brazil thereafter), but Desert Encrypts Vol 1 is his first album that feels truly Texan to these ears, and we're excited to present a new exciting development in a long string of exciting developments that have marked Mazurek's long and illustrious career.